The built-in music library in MicroPython allows us to play music on your micro:bit.

​Once you have imported the music library, it is possible to programme your device to play notes (or tones).

​In Micro Python, we use lists to play a sequence of notes. Here is the code for the opening bars of ‘Frere Jaques’:

​Each note is expressed as a string of characters like this:

​Did you recognise the tune?
Transcribing songs from sheet music

If we want to re-create our favourite songs on our micro:bit, we first need a basic understanding of sheet music.
Here’s a reminder of the most common notes used in a musical score: 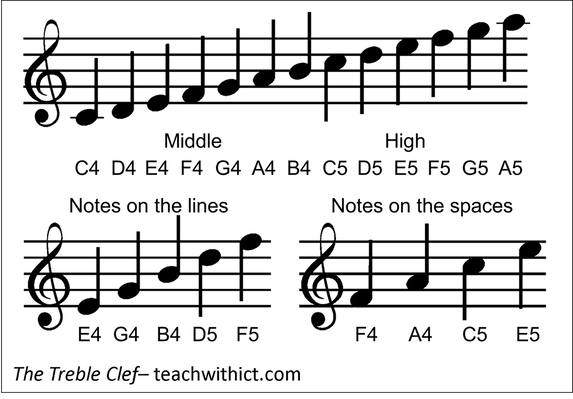 Below is the score for a very popular piece of music - Can you can guess what it is?

Answer: Grande Valse (You may know it as the ‘Nokia Ringtone’)

Did you notice the special # symbols at the start of the score. This shows that some of the notes are sharps. In this case, the sharp notes are:
F#, C#, and G#

In MicroPython, sharp notes are identified by adding the sharp symbol (or hashtag) # directly after the note, followed by the octave number.  Equally, flat notes are denoted using a b.after the note.

​Below is the music score for the Nokia Ringtone (this time with notes underneath).

​It’s all about the timing 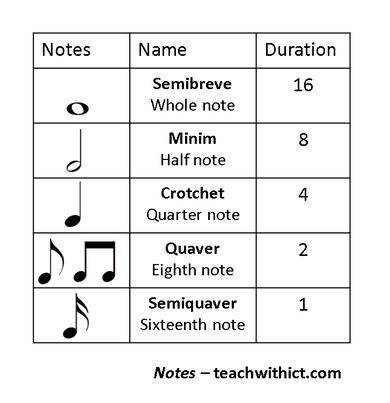 ​Notice that some of the notes have a dot (or full stop) after them. For these notes, we need to multiply the duration by 1.5. 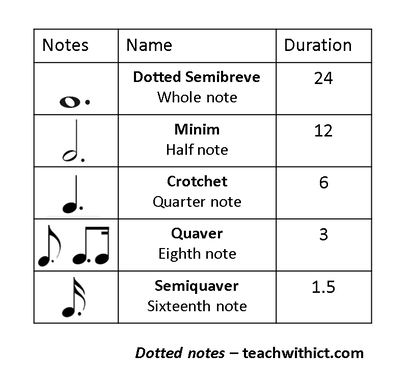 ​Below is the score again however, this time, with timings (duration).

Rests
Rests are natural pauses or breaks in a piece of music. Rests can be added to your code using the letter r followed by the duration. For example:

​Rests are identified by the following symbols: 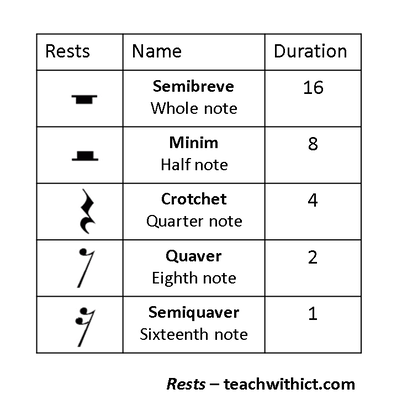 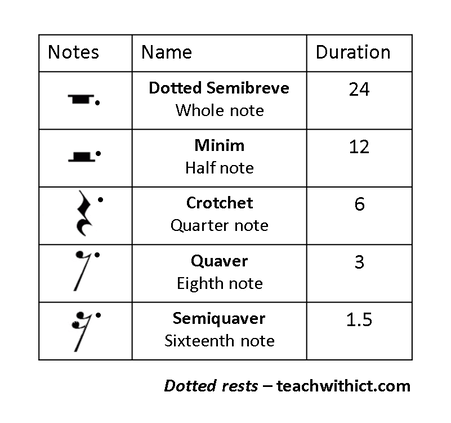 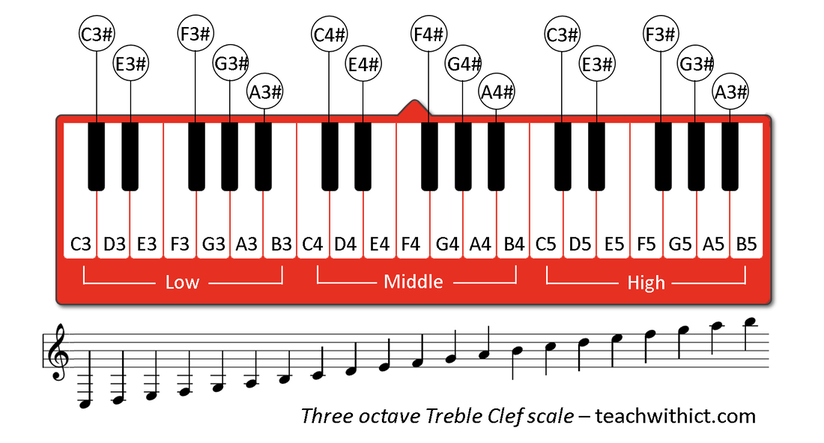 Playing music through your micro:bit