21 things every teacher should try:

You may have heard the terms ‘Mixed reality’ (MR) and ‘Augmented reality’ (AR) often used to describe the same thing but what is the difference between these two technologies and how can they be used to enhance teaching and learning?
Augmented Reality

Augmented reality has been around for a while, but really came to the forefront with the help of a little game called Pokemon Go! Augmented reality is the integration of digital content (graphics, animations, video, audio, 3D artefacts) and the real world –a virtual layer on top of reality.

One of my favourite AR tools is Aurasma (https://www.aurasma.com/). Aurasma is a free app which allows you to easily create your own AR experiences (Auras). Aurasma works in a similar way to a QR reader but, instead of using QR codes, it uses advanced image recognition software to overlay images, video and 3D content onto almost any object bringing display boards, art work and text books to life. 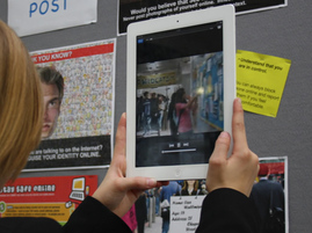 e-Safety interactive wall display created with Aurasma
​If you’re a Science teacher, I highly recommend checking out Anatomy 4D (http://anatomy4d.daqri.com/) and Elements 4d (http://elements4d.daqri.com/) by Daqri Studios (https://www.daqri.com/). With Anatomy 4D students can explore the human body in full 3D. With Elements 4D teachers can enhances chemistry lessons by bringing the periodic table to life.
This T-Shirt Will Let You 'See' Inside The Human Body
For Primary teachers, I also recommend Quiver. With Quiver app, students colour in one of the accompanying colouring-in sheets then watch their drawings come to life by scanning it with a tablet or smart phone. For example, students colour in a volcano and then watch their creation erupt in front of their very eyes. To find out more, visit: http://quivervision.com/

Other possible uses for Augmented Reality:
How to create an AR experience with Doceo and Aurasma.
​Mixed Reality

Mixed reality (MR), also known as hybrid reality, is a form of augmented reality that is somewhere between Virtual Reality (VR) and AR. Whilst sharing several similarities with AR, the goal of mixed reality is to seamlessly merge virtual objects with the real world by anchoring them in relation to real world objects, such as on top of a table or on the ground, and make them appear is if they actually exist in the real world.

“My students loved seeing their prototype in the real world - it makes it very meaningful for them!” - @katjaborregaar

​With 3D paint you can build and paint 3D objects with relative ease but, when combined with Microsoft’s Mixed Reality viewer, students can see their creations come to life before their very eyes. 3D Paint is not the only program to receive a 3D makeover, PowerPoint now includes a fully functional 3D tool and a recent update to Minecraft Education Edition allows students to export your creations and augment them in the real world with the aid of Mixed Reality viewer. ​ 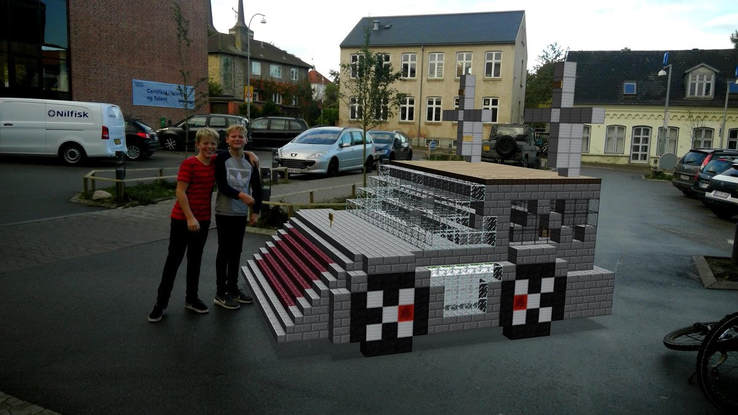