​How to create a 'guess the number' (higher / low) game in Python (Free python web tutorial).
Like this tutorial? Share it with your followers by clicking on the image below. 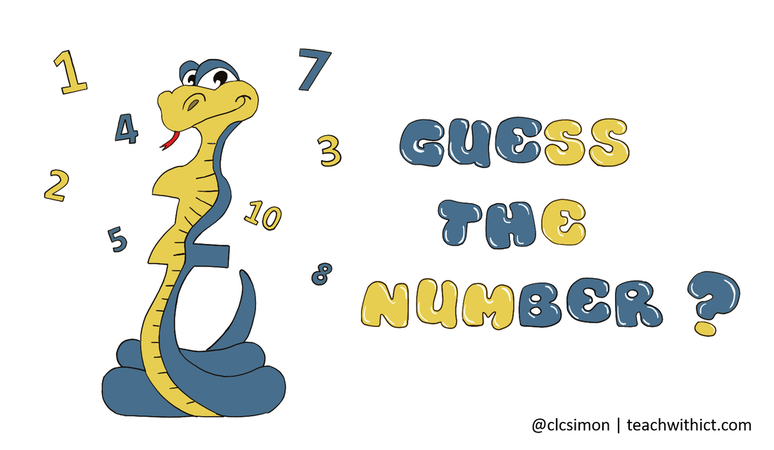 Before creating your guess the number game, let's explore some of the functions you will be using.

STEP 1
Let's start by writing a program to compare two numbers and return a value 'higher' or 'lower' for the second number.

Type in and run the following code:
Challenge 1
Challenge 2
There is a problem in our code. If Num1 is the same as Num2, the program will display the message 'Lower'.


Hint: You will need to use an 'elif' statement.
Part 2: Creating a dice simulator

STEP 1
Let's start by writing a program to simulate a roll of a dice. This will form the basis of your 'guess the number' game.

Type in and run the following code:
Make sure you comment your code, using the hashtag (#), explaining what the code is doing.

Challenge 1
Modify the code above so that it picks a number between 1 and 6.
Run the new script and explain what the new code does.
Part 3: Creating the 'guess the number' game.

You now have all the components you need to create your very own guess the number game. Enter the following sample code into the code window below.
Example Solutions